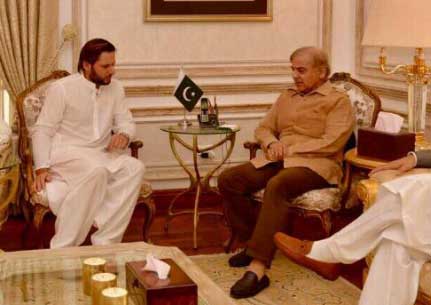 In a statement on Twitter, Shahid Khan Afridi said that he congratulated Shahbaz Sharif on being elected the 23rd Prime Minister of Pakistan and hoped that he would use his best management skills to bring Pakistan out of the current administrative, economic and political crisis. He will succeed.