After Imran Khan arrived in Islamabad, he again decided to call on the people to participate in the sit-in.
In an exclusive interview with Urdupoint editor Mian Muhammad Nadeem, the most responsible sources of PTI said that today the whole country is building a battlefield with police and state repression and millions of our workers have not been allowed to leave.
PTI activists from Karachi were subjected to the worst kind of torture by Sindh police. Similar scenes have been seen in Lahore, Rawalpindi, Faisalabad, and other cities. 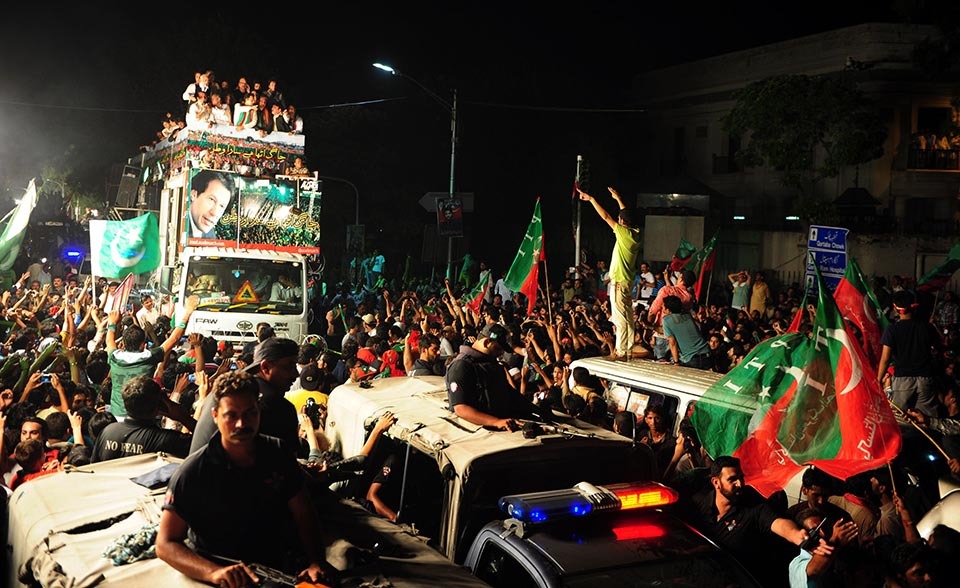