Suspended BJP leader Nupur Sharma was slapped for making blasphemous remarks on Hazrat Muhammad PBUH from the Indian Supreme Court.
According to Indian media, the Supreme Court during the hearing of a case remarked that Nupur Sharma is responsible for the tense situation in India, so she should apologize to the nation for her statement.
The apex court said that Nupur Sharma’s statement showed his stubborn and arrogant character. 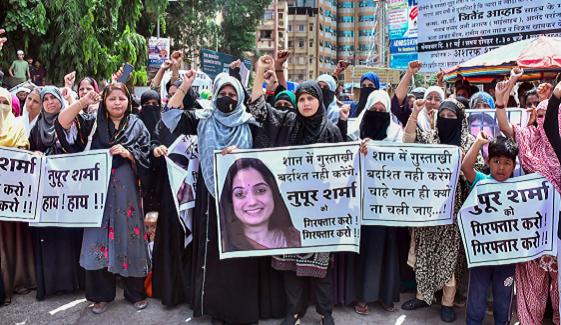