A search of the man by police turned up more weapons۔ According to details, an attempt by an armed man to enter the venue decorated for the PTI parade ground meeting was foiled by the police.

According to the news, the armed man was arrested from the walk-through gate after which he was also searched. During the search, more weapons were recovered from the possession of the arrested person.

The arrested man had a pistol and 10 rounds. The arrested person was shifted to an unknown location by the police. 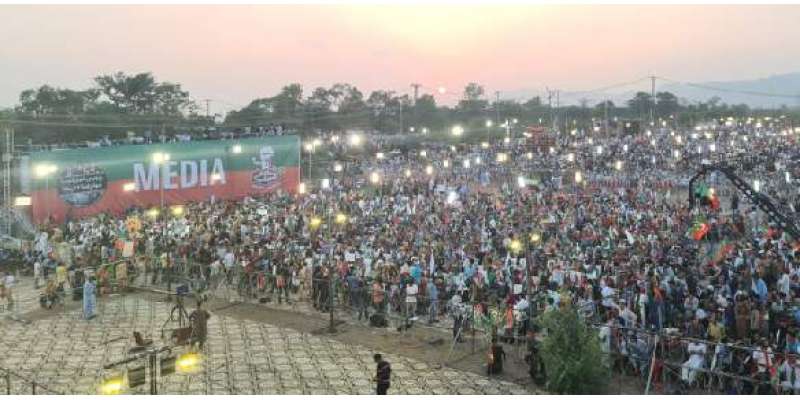